There are many left-handers well known by society and culture. Here is an incomplete list of Famous left handers. There is a picture of the person mentioned using their left hand, to prove otherwise that they are truly left-handed or prefer their left hand for writing. Below that image is their signature, and their name (and/or title).

Brian Kerninghan (Computer Scientist, One of the Creators of Unix) 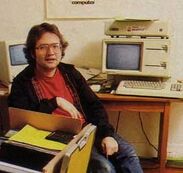 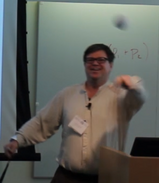 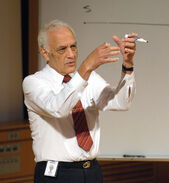 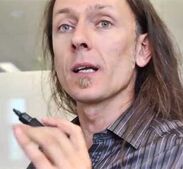 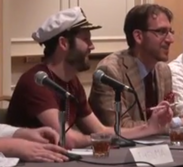 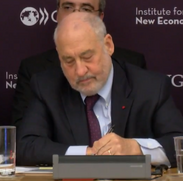 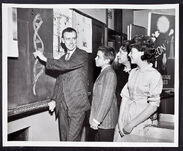 Leonardo da Vinci (ambidextrous, may have been originally right-handed.[1])

Adam Conover (from Adam Ruins Everything)

Mark Hamill (even though he writes with his left hand, he prefers his right hand for the most other tasks)

Rachael Leigh Cook (This is Your Brain on Drugs)

Dick Van Dyke (only when drawing)

Chris Broad from Abroad in Japan

This is a list of notable musicians who are either write left-handed, or play their instrument left-handed.

Left-handed are more inclined to artistic professions, to give an instance, lefties are about 10% to 15% of the general public, while among entertainers they are roughly 50%. [7]

Interesting fact: in Lord Of The Lost 3 out of 5 members are left-handed. However they all play their instruments right-handed. Also their former drummer Tobias Mertens is left handed too. That makes their bassist Claas Gredayne as the only right-handed member of the band from 2016 till 2017.

John Flansburgh (on the right)

Stuart Copeland (of The Police)

Barry Gibb (of The Bee Gees)

Phil Everly (of The Everly Brothers)

Glenn Frey (of The Eagles)

Adam Levine of Maroon 5 (Note: While he writes with his left hand he prefers his right hand for most other tasks.)

Niall Horan (from One Direction)